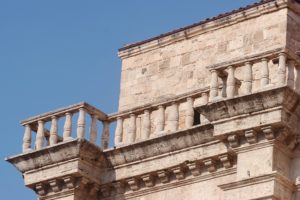 Esther 4:14 (NIV)
For if you remain silent at this time, relief and deliverance for the Jews will arise from another place, but you and your father’s family will perish. And who knows but that you have come to your royal position for such a time as this?”

Esther was an amazing woman. She began her life as a political prisoner, an unknown, powerless person living in a foreign land and ended up being queen of the most powerful nation on earth. More than all of this she was used by God to change the course for her people the Jews who were living in captivity under Persia.

At a pivotal moment in the story when Esther was unsure of her role her uncle; Mordecai uttered the suggestion, “…who knows but that you have come to your royal position for such a time as this?” As the story played out sure enough, Esther was able to save her people from an evil plan by one of the king’s officials. And because of her actions her position of power was secured and Haman, the one who had hatched the evil plan was executed on the very gallows he had built for Mordecai.

If she had not acted on behalf of her people they would have faced certain massacre. I can’t help but think that we are like Esther in that Scripture tells us that God has prepared good works for us to do in advance. We may never know what those works are yet they are our spiritual assignment.
We may never know what purposes or what good works into which God has brought us. Perhaps even this week you will find yourself in a “such a time as this” situation and an opportunity to serve God.

Ephesians 2:10 (NIV)
For we are God’s handiwork, created in Christ Jesus to do good works, which God prepared in advance for us to do.