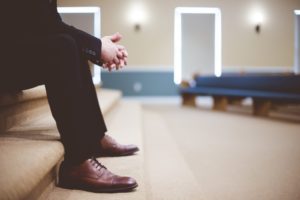 Joe, a leader at First church, was charged with finding a company to repave the church parking lot. His college buddy had recently started a paving company and Joe secretly wanted to help his friend build up his business. Though Joe knew about previous less-than-honest dealings that his friend was involved in, he presented the company in a positive light, hiding the truth from other decision makers.

Mike and Mindy were youth leaders in Bethany church’s growing youth ministry. Excitement was building as the young couple looked forward to their daughter entering the youth ministry. Needing to add an additional small group to the expanding middle school ministry the new youth pastor sought the advice of the volunteers. Mike and Mindy didn’t care for Kari one of the incoming sixth grade girls and manipulated the new youth pastor into thinking that Kari would fit better with the other less popular girls.

Yes, politics often show up in church business and leadership meetings. Leaders vie for personal preferences, manipulating facts and playing fast and loose with the truth to get their own preferences accomplished. Sometimes half-truths are presented as full truths. Just enough details are given to create a certain perception and lean others in a particular direction. Sadly, transparency and truth take a back seat while hidden personal agendas take control.

We must ask ourselves, what do we really think of our brothers and sisters in Christ if they must be manipulated into our way of thinking? Further, what is our view of Christ if his bride must be coerced and played like a chess game? What does it say about our trust in God if hidden agendas and half-truths are a part of our leadership tactics?

Don’t be mistaken, if manipulation, hidden agendas, and coercive behaviors are fixtures in your leadership dealings you can be sure God’s presence and blessing are absent. To give an impression of one thing while another is actually the truth is to operate in the realm of the evil one. Once when Jesus was addressing a group of religious leaders he spoke very directly to them about this:

John 8:44 (NIV) You belong to your father, the devil, and you want to carry out your father’s desires. He was a murderer from the beginning, not holding to the truth, for there is no truth in him. When he lies, he speaks his native language, for he is a liar and the father of lies.

Good leader take note. If you want to see God bless your ministry then it’s imperative that your dealings be bathed in righteous interactions and leadership that is characteristically transparent and full of truth. When you speak it must be the truth and nothing less. If you are not calling out underhanded actions in your church or ministry you are participating in them.

Jesus addressed this issue in Matthew 5:37 (NIV) saying, All you need to say is simply ‘Yes’ or ‘No’; anything beyond this comes from the evil one. Don’t expect God’s blessing if you’re playing fast and loose with the truth. Jesus must certainly detest church politics because it goes against his very nature. John 1:14 describes Jesus’ character as being “full of grace and truth.” How then can one whose character is truth tolerate the manipulation of truth?

If we desire to see God at work we must be promoters of his love and reject political maneuvering which ultimately reveals selfishness and a lack of love. We must admit that we cannot love others and build up the church unless we are operating in the realm of truth. I John 3:18 says, Dear children, let us not love with words or speech but with actions and in truth.

Faithful leader, if you see political maneuvering, false dealing, coercion, or manipulation of the truth in your church or ministry you must address it and not tolerate it any longer. The precious bride of Christ is too valuable to allow politics to distort the character of Christ.