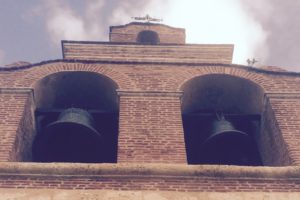 Most of us who lived through the post 911 years are at least somewhat familiar with the capture, trial and execution of Saddam Hussein. What many people aren’t as familiar with is how this tyrant came to power in the first place. His entire tenure of leadership was marked by terror, abuse, and domination, and not surprisingly it began in a similar fashion to the way it was carried out. Early on he had begun working his way up through the ranks of the Baath party to eventually become its leader, then later he became the Prime Minister of the country. In each of these roles he gained increasing power and control over the government and then in 1979, through coercion, he forced the president, who happened to be his cousin, out of office.

After taking control his first order of business was to call a meeting of the top party officials at which he directed one of the members to read a confession of disloyalty to the party. The confession was brokered with a promise of immunity if he would also give up the names of other conspirators. As the names of 68 party leaders were read one by one these well-dressed and highly educated men stood and were escorted out of the assembly. Saddam had the whole event recorded then distributed throughout the country to create a sense of fear. In a video available on YouTube you can see well-groomed men in business attire weeping in fear. In fits of panic some whose names were called tried to defend their honor and innocence shouting declarations of loyalty and allegiance to their new leader. Each of the accused was silenced and helplessly escorted out of the room. All of this happened while Saddam sat calmly puffing on a cigar, smiling, and occasionally looking up from his paperwork.

Days later, in a trial that lasted less than two minutes, 22 of these leaders were sentenced to death. And here’s the clincher, Saddam had them executed by men selected from among the ones whose names were not called. In this way he put blood on the hands of otherwise innocent men by making them share in his crimes. Incidentally, the man who was promised immunity was among those executed and the few who weren’t executed were given long-term prison sentences.

Recently, some bad Christian leadership has been exposed that reminds me of Saddam Hussein’s tactics. This happens all too often. I know you’ve seen it too in recent months and years parading across social media like a circus. Not the murderous variety but rather the kind of abusive leadership marked by manipulation and coercion where the hands of undershepherds had become stained by their participation in a leader’s misdeeds. Over time through a series of incremental moves these leaders wake up one day to find themselves locked in, compelled to participate in a system based on domination rather than on biblical principles. It’s what I call The Saddam Effect. This was a familiar tactic of the mafia and many corrupt dictatorships throughout history have gained momentum using this method.

Do you ever wonder when something major happens and a leader is revealed as abusive why no one on the inside ever spoke up? When some church scandal makes its way into the news we ask where were those who could have, who should have, spoken up? Why didn’t someone say something sooner? Where are the godly ones and how did this leader go unchecked for so long? Like a frog in a kettle those with an up close seat were lulled into participation. Often the downward progression happens in micro steps. It starts with small acts of dishonesty, coercion, manipulations and little hidden agendas then before too long an entire board or leadership team finds themselves asking how they got into this mess.

Have you ever confronted the father of a neighborhood bully only to find out that the kid who has been tormenting your child was being mistreated at home? He’d been slowly conditioned to dominate others because of the environment that shaped him. The Bible warns, “When a student is fully taught he will be like the teacher.” Luke 6:40. This Scripture tells us that we become like the leaders who influence us. Sometimes this dog-eat-dog mentality even takes over whole churches or organizations if left unchecked.

So what’s the take away here? What can be done to prevent these poisons from infecting whole organizations? It starts with a spiritual alertness, (Col. 2:8) with consciously choosing to be the representatives of the grace we’ve been given. (Titus 2:11-14) If something, even a small thing, doesn’t bear the image of God’s character we must point it out and bring it into the light for evaluation. When some new project or path is presented we must ask would Jesus, the image of the invisible God, (Col. 1:15) promote a project in this way. We must call out even the smallest acts of coercion and manipulation for they will never represent the God who called us into service.

Finally, the times in which we find ourselves call for a new kind of transparency. An elder chairman in one of the churches I previously served used to slip two words into the monthly elder meeting agenda. It simply said “Hidden Agendas.” When he reached that point in the meeting he would say, “If anyone here has a hidden agenda this is the place for it to come out.” This always got the intended courtesy laugh and it made the point that the meeting would be marked by transparency.

We must ask ourselves if any plan or agenda requires even subtle coercion or manipulation then what does this say about who and what we’re really trusting in. If I must be abusive in the way I lead then what kind of god am I really representing? Biblical leadership will always mirror the one who called us and leaders will be most effective when their methods and behavior draw attention to the character of Christ and his grace.

Like everyone else in my city right now, I’m awaiting the “snow storm of the century.” We’re all wondering whether this will actually happen or

Fear of Inoculations and the Absolute Free Gift

Titus 2:11-13 (NIV) For the grace of God has appeared that offers salvation to all people. It teaches us to say “No” to ungodliness and