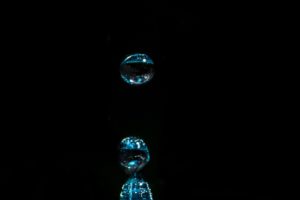 As she stood behind him at his feet weeping, she began to wet his feet with her tears. Then she wiped them with her hair, kissed them and poured perfume on them. Luke 7:38 (NIV)

We don’t know her name; she is spoken of only as “the sinful woman.” What a label to live with—to be seen only as the sinful woman—not the woman on Maple Street, not even the wife of Phil or the sister of Nancy, but “the sinful woman.” She is, however, recorded as one who responded openly to the grace of Jesus, as someone who was touched by Christ.

Jesus had been invited to be a dinner guest at the home of Simon the Pharisee, and there we find Him reclining at the table. The uninvited sinful woman just showed up, and in her hand she was holding an expensive jar of perfume. In the dining room we see her standing behind Jesus, at His feet. She is crying so hard that she has soaked His feet with her tears and she begins to wipe them with her hair. Then she kisses his feet and pours out her perfume on them.

I get the sense that Jesus was undisturbed by the presence of this woman. When He did finally address her, He focused not on her sin but on her need for grace. Imagine Simon’s horror at the sight unfolding before his guests. The phrase “elephant in the room” certainly fits the circumstance here.

The sinful woman serves as a contrast to the host of the party, the well-known religious leader named Simon, who apparently only invited Jesus to his party to impress his friends. Jesus rebuked Simon openly, highlighting the fact that this “sinner” had a pure desire to honor Jesus with her actions.

Although this woman remains anonymous in the Gospel account, she is held up as an example of a proper response to the grace we’ve received from Jesus. What is your response to God’s amazing grace?