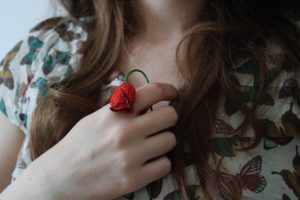 Yet I will show love to Judah; and I will save them—not by bow, sword or battle, or by horses and horsemen, but I, the LORD their God, will save them. Hosea 1:7 (NIV)

The story of Hosea is one of the craziest stories in the Bible. It begins with God telling his prophet Hosea to marry a promiscuous woman and to have children with her. Not exactly the best way to begin a marriage and family. You certainly wouldn’t marry someone who is sure to cheat on you. And if you found yourself in a marriage where your spouse had proven to be unfaithful, clear thinking would tell you that adding several children to the mix would be unwise.

It’s hard to understand why God would ask His messenger to do such a thing, yet this isn’t the first time God asked something unusual of one of His messengers. Ezekiel was told to eat a scroll. Jeremiah had to wear an ox yoke every day. And Isaiah was told to walk around naked for three years! Apparently being a prophet of God sometimes came with a bitter pill.

Anyway, back to Hosea. The whole point of the events God put Hosea through was to show His people that they had wandered away from Him. He wanted to give the Israelites a visual for their sin.

Sometimes when I read the story of Hosea, I start to identify with him. Not because my marriage is anything like his, but because he appeals to my sense of respectability and justness. I like Hosea because he is a righteous follower of God even though he has been maligned by the person he loves — Gomer, his unfaithful wife.

But the truth is we are more like Gomer than Hosea. We are Gomer! We’re the dead weight in the story of our redemption. We bring nothing to the table in regards to our salvation. Sometimes we forget that we are the sinner, and He is the Savior.