The Shame of it 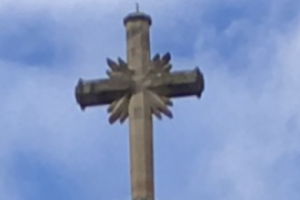 It seems just about everyone I know has had one of those dreams where you find yourself out in a public place with no clothes on. I suppose at the root of it is the human fear of being exposed and feeling shame that is common to all people. None of us likes to feel shame. We generally run and hide from it. In a similar vein, I often hear Christians express a fear that someday all their shameful deeds will be played like a motion picture for God to review as all the saints stand by watching. I think this is an idea that is born in our own fears and not one supported by Scripture. Here’s why.

Scripture tells us that the payment for our sin was completed by Christ’s finished work on the cross. As a matter of fact, we’re told that our sins have been removed as far as the east is from the west (Psalm 103:12). If you set out on a journey to the east or west, you will never get there. This is the Bible’s way of saying that your sins could not be removed any further. In another place the Bible says that it’s as if our sins are buried in the deepest sea. In addition, we’re told that our sins are covered and won’t be brought up again. This is confirmed in Romans 4:7, “Blessed are those whose transgressions are forgiven, whose sins are covered. Blessed is the one whose sin the Lord will never count against them.”

Romans 10:11 reaffirms this, “As Scripture says, “Anyone who believes in him will never be put to shame.” We don’t have to worry about facing the shame of our sins because Jesus did that for us. In Isaiah 54:4 God encourages His people that there will come a time when they are with Him in the future, and there they will experience no shame. Be sure that God’s future program for His followers does not include shame and humiliation.

Genesis 2:25 explains that God’s design for man’s original experience did not include shame. Even though Adam and Eve were naked in the garden and felt no shame. That’s because sin had not yet entered into the world. Just as Adam and Eve’s experience was void of shame our future with Christ will not be one marked by shame and humiliation. This gives us great reason to be thankful that Christ bore our shame on the cross.