The Rise of Evangelical Bad Behavior 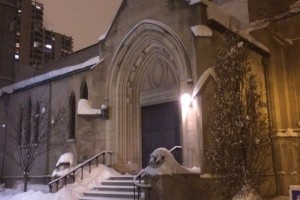 A rash of Evangelical bad behavior has made landfall in news outlets creating a social media scuttle. There is outrage and we have reason for embarrassment. As if our movement isn’t already suffering enough under the weight of an increasingly secular culture and a less than favorable political climate.

The misdeeds of once respected leaders have recently become a spectacle, tarnishing the Christian name. Most notable has been the uncovering of sexual misconduct over thirty years by national leader Bill Hybels, and the downfall of another Chicago mega church pastor, James MacDonald, which resulted after a groundswell of complaints from church members reached fever pitch. MacDonald was officially removed from his post in February of 2019.

The combined result of these two scandals rocked evangelicals in the Chicagoland area. Scores left in search of new churches, some began meeting in homes and untold numbers have been left wounded and disenfranchised.

These events are only the most recent examples of evangelical bad behavior. The deeds of Mark Driscoll came to light back in 2013. Complaints included an overly caustic and edgy persona, a toxic working environment for staff, and accusations of plagiarism. The 14,000 member Mars Hill church was dissolved as a result. The common thread in each of these cases is an abuse of power.

As another example, much of the current consternation over misogyny and the role of women in the church is not, at all, about a pursuit to live out God’s design, but about power and who holds it. If your desire is to gain or hold power you’ve missed the whole point. Those who are in a humble pursuit of God’s power and purposes have little motivation to pursue their own. These are the ones most likely to live out God’s actual design.

Someday when the history of the 21st century church is written it will include a strong sub-plot about an illicit love affair with power. There is drunkenness on power and the pursuit of it, and some who’ve sold their soul to it. That’s the story as it’s unfolding. Admittedly, the general operating systems in most churches and Christian ministries mirror worldly leadership ideologies more than the leadership principles found in the Bible and the teachings of Jesus.

It would serve us well to ask what the meaning of this evangelical bad behavior is. Have we created an unreal expectation where leaders, hungry for results, are drawn to use manipulation, coercion and dishonesty? Are we reaping exactly what we asked for? We wanted peak performers and that’s certainly what we got but have we unintentionally opened the door for this illicit relationship with power? Indeed, much of the current ecclesiastical expectation is based on what men can do rather than what God can do, and with all these high-powered leaders who has any need for God?

One thing is true for Christians on the political left and right; we tend to like our pastors as we like our presidents, strong and aggressive, even forceful. We accept the tactless qualities, the insensitivities to those out on the margins and those with opposing views, as long as he gets the job done. No need to get upset if our leaders happen to run roughshod over others as long as they’re moving the ball down field. We must ask however, how can God get any glory when we’re so focused on our own manipulations?

We learned from childhood that God is all-powerful, that he gives grace to the humble and opposes the proud (James 4:6). Our Sunday school teachers taught us about how Gideon had to learn that God didn’t need a sizable army to defeat the Midianites, he actually didn’t need an army at all. We also learned how Joshua marched around Jericho and the walls came down without the help of weapons. Why are these basic Sunday school lessons so hard for us to put into practice? The evidence that we’re on the wrong path is all around us. Our relationship with power has become misdirected.

Our walk of faith is unique in many ways; it’s not to be characterized by dependence on human strength but on the power of God. The nature of our journey is symbolized in the widow and her mite (Luke 21:1-4), and the young boy with his five loaves and two fish (John 6:9). Everything in our faith is upended from the way things are in the world and God intended it to be that way so he’d get all the glory.

It’s actually God’s design to confound the wise by using the weak. The popular church leadership notion however, is that if we fill our staffs with high performers, we’ll find greater success. Just read through some ministry job ads, and you’ll get the idea. There you’ll find postings littered with terms like, “fast-paced,” “high-energy,” and “able to build dynamic, high-performing teams.” I read one recently looking for a pastor who works well in a “highly stressful environment.” Yikes! No doubt, high performers produce results, but I can’t help but wonder, if the results we’re looking for require a peak performer, then for what reason do we even need God to show up? Jesus’ call was not for high performance but to follow. Indeed he gently reminds us, that his yoke is easy and his burden is light (Matthew 11:30). The Christian call is to depend, to trust. The Apostle Paul reminds us that it’s when we are weak that he is strong (1 Corinthians 12:9-11). How completely different is the way of God.

So where are the staffing ads looking for “a person of prayer?” Who’s looking for one “filled with the Holy Spirit?” Why are we not looking for “a humble leader seeking after God’s own heart?” You will search long and hard to find these ads. I’m afraid there is evidence that we’ve succumbed to the way of the world and rejected the way of God.

The signs are all around us that we aren’t fully trusting. As we jockey and leverage for church vitality there is trust in anything other than the one who is the author of the church. We trust in our church growth seminars, we put our confidence in Craig and Andy and Rick, we place our dependence on Catalyst, Compassion and Cru. We hold on to Piper and Passion and Platt, our worship forms and our liturgies but do we actively trust in Jesus, the one who said he would build the church (Matthew 16:18)? Further, we have treated the work of the kingdom as a mathematical equation. If you just place all the right factors in the correct location and sequence you will discover the magic formula for church growth and vitality.

We broadcast to the world what our focus is as we reject the role of shepherd in lieu of an executive or catalyst or lead whatever. I love that our Hispanic brothers and sisters have embedded in their language the idea that the pastor is chiefly a shepherd, as pastor in Spanish is the same word as shepherd.

Admittedly, there is some amount of strategy that we’ve been given. Wise followers will recognize however, that it’s his strategy we need, not ours. We’re told to love God and love others; we’re commanded to go into all the world. It cannot however, be forced, coerced, or manipulated. It’s a supernatural work of God into which we’re called and this Christian life is to be lived in dependence on God. It should be three parts prayer and one part struggle and not the reverse.

So why is it that we’re so attracted to this illicit relationship with power? Why do we not choose the God way instead? Maybe it’s just too much work, all this prayerful dependence. We must ask ourselves how we got here. We’ve been led to believe that it takes human ingenuity and charisma to see the work of God advance. God’s truth couldn’t be farther from this kind of thinking.

Perhaps the time has come to reconsider our confidence in formulas and strategies for church advancement. In the parable of the sower and the seed we learn that the kingdom of God actually works silently and sensibly (Mark 4:26-29). I’m reminded of the parable Jesus told of the leaven (Matthew 13:31). Hide the leaven in the dough and all the world cannot hinder it from communicating its taste, yet none sees how it’s done but by degrees the whole is leavened.

One thing is certain, if the illicit path of power is chosen, no matter what is visible, it simply cannot be the work of God. We’d be in error if we assumed that results always justify the means; that wherever there seems to be growth there is God. Be sure that our sovereign Lord is not bound by our pragmatic agendas but operates in more mysterious modes. So maybe a course correction is overdue for all this evangelical bad behavior. Yes, the time is ripe for a Christian response to our illicit relationship with power and the worldly leadership thinking that has crept into our fold.