The Gift that will Last Forever 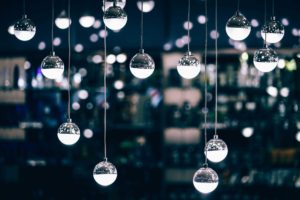 The grass withers and the flowers fall,
but the word of our God endures forever.

The children’s Sunday school teacher asked her students what they were most looking forward to about Christmas. Several children said, “Jesus,” Some shouted, “Christmas lights!” Some were perhaps a little more transparent blurting out, “Presents!” One child’s answer however, stood out, she said, “Reading the Bible.” The teacher probed further, it turns out that this wise child had made the habit of using the Christmas holiday to read the Bible.

At first I found this response a little peculiar. Not that anything is inherently wrong with her answer; I found it unusually refreshing that at a time when many children are thinking about presents this one child is thinking about the Bible.

It goes without saying that in general merchants are not especially helpful in getting children to think about the real meaning of Christmas. Sure, there’s the occasional Hallmark special on television highlighting the value of family or faith and yes there are other venues that promote the true meaning of Christmas but for the most part the messages we see encourage materialistic thinking. If the only Christmas messages you received were from the media or advertisers you too would assume that Christmas is about getting more stuff.

Thinking back to my little Sunday school friend, I can’t help but think that she really has the corner on something of higher value than just getting more stuff. In all the craziness of our world she has learned that Christmas is about more than just getting more stuff. After all, Scripture tells us that God’s Word will last forever. The Bible is God’s gift to us and it’s one gift that will never fade away.

Then he said to them, “Watch out! Be on your guard against all kinds of greed; life does not consist in an abundance of possessions.”