The Double Down Response 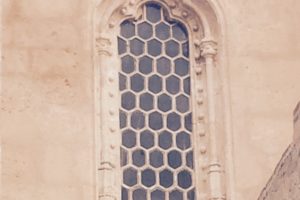 One of the common reactions when a church or ministry finds itself embroiled in a scandal is what I call the Double Down Response. You see it all the time, a scandal breaks out and there is a rush to affirm the mission statement, the core doctrines and the gospel. The scenario plays out in text book-like patterns, a Christian leader or pastor falls into sin or some abuse and the reaction of leadership is to passionately call the attention of the flock back to the mission at hand.

Often this Double Down Response comes in the form of a greater focus on the gospel. And who can argue with the gospel, what God-fearing believer wants to say they are not for the spreading of the gospel or the mission of the church? To speak against such endeavors is to appear to be against what God is for.

Sometimes in the wake of scandal there is a call to arms in the form of a plea for congregants to pray. Any talk about the situation is labeled as gossip or unspiritual putting a virtual gag order on all discussion of the sin or abuse. Too often these prayer movements focus on the abuses as the sole roadblock to the mission. This move inadvertently hinders victims from telling the truth about their experience and as a result stifles healing. By offering simple solutions attention is diverted away from deeper questions regarding the culture of power that allowed the abuse to flourish in the first place. Sometimes those who sound the call for prayer are the very ones who created the greenhouse where abuses where allowed to grow.

Without question carrying on in the wake of scandal is fraught with difficulty. Indeed we are supposed to be about the gospel. The Double Down Response however, presents only the appearance of an alliance with the gospel. The truth is that a double down posture in the wake of scandal is actually harmful to the gospel and to God’s work through the church. If the gospel message is anything it is a message based on truth and clarity. The gospel means truth and if we aren’t agents of truth, if we see the truth as what stands in our way, then what gospel are we promoting?

After all, isn’t the first step in coming to Christ the act of confessing that one is a sinner? How can we explain the importance of confessing that we are sinners in need of God’s forgiveness if we are playing fast and loose with the truth and hiding behind lies? Let’s not forget that God himself is for truth, transparency and the public confession of sin.

I’m often asked in response to sin how widely a confession should be made. My general answer is that public sins should be confessed publicly and private sins should be confessed privately. Of course there are some sins like sexual abuse committed by leaders that break trust on a more public level and need to be confessed and dealt with more broadly. I would apply the same general principle to leadership scandals. This may come as unwelcome news to those in leadership but we leaders must realize that the impact of leadership is partly gauged on a life lived in a glass house. In general, the more broadly the effects of a scandal are felt the more publicly leadership needs to handle the response. If hurt and confusion is widespread then a Double Down Response will only bring further victimization.