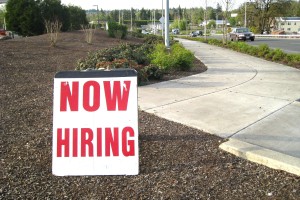 Everyone must submit to governing authorities. For all authority comes from God, and those in positions of authority have been placed there by God. Romans 13:1-3 (NLT)

When I was a college, I had a part-time job helping out some homeowners. They usually had me assist with yard maintenance or some other home upkeep repairs, and I really enjoyed the work.

One day, however, things got a little awkward between me and my employers. You see, city workers had dug a hole in their parkway to fix a leaky water line. However, when the workers were done with the repair, they mounded up all the dirt on top of the hole—failing to pack it in properly.

My instructions were to scrape the dirt off of the top of the mound and move it to a flower bed in the yard. I was no physics major, but I knew what would happen if I did that. As the dirt settled down in the coming weeks, there would be a sink hole that would need to be filled with dirt again.

I tried several times to gently explain my concerns with the wife, but she didn’t agree with my reasoning. When Lanny, her husband, joined the conversation, I hoped he could persuade her to my way of thinking. Within a few minutes, the couple was arguing! Their conversation erupted and moved into the house. A few minutes later, the wife came outside looking victorious, and I was back at it hauling dirt to the flower bed.

Sure enough, a few weeks later, I was hauling dirt back to a sink hole in the parkway.

That day I remembered something my father taught me when I got my first job: The boss is always the boss. It doesn’t matter if the boss is wrong; the boss is still the boss. And thankfully for me, I was paid by the hour. Moving the dirt twice just meant more money in the pocket of a poor college kid.