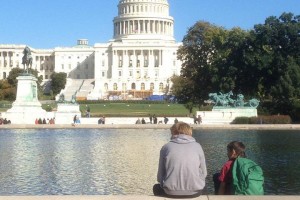 Let everyone be subject to the governing authorities, for there is no authority except that which God has established. The authorities that exist have been established by God. Romans 13:1 (NIV)

My wife’s grandmother used to repeat the familiar saying that nothing is certain except death and taxes. Amazingly, she died on April 15, the due date for federal taxes here in the U.S.

It’s an understatement to say that most of us don’t like paying taxes. I think the part I hate the most, even more than shelling out the money, is the endless forms, the constant changes to the tax code, and the pile of paperwork involved with the record keeping. And because of the particular line of work I’m in, I’m required to keep and maintain all documents related to my taxes for ten years…and that requires a good-sized file cabinet in my office!

This year, as I was preparing to send my documents to my tax preparer, I realized something: In part, I pay taxes because I live in a country with a relatively strong economy and a stable government. I can’t remember ever complaining that the police in my community doing too much to keep me safe, nor have I ever griped about my state judiciaries spending too much time prosecuting criminals.

When framed by this perspective, paying my taxes seems like a small price to pay for the freedoms and benefits I enjoy.

Jesus had something to say about taxes. He simply told his followers they should give to Caesar what is due to Caesar. In other words, pay what you owe. So even though it’s May, and I don’t have to think about tax day for another eleven months, I’m giving my taxpayer attitude an overhaul and trusting that God is the one in control.

Then Jesus said to them, “Give back to Caesar what is Caesar’s and to God what is God’s.”