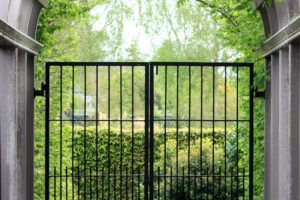 And the peace of God, which transcends all understanding, will guard your hearts and your minds in Christ Jesus.

My friend Bob said he was going to visit Ray, an older man from our church who was in the hospital and not doing so well. This was not the usual Friday night activity for a group of high school boys but Bob said it was something he had to do and asked if any of us would like to go along.

We all admired Ray, mostly for the cool accent he acquired in “the old country,” a place which he spoke of frequently.  I hated hospitals!  I hadn’t really ever spent much time around them and I didn’t want to start now but I felt the tug of my friend and so I agreed to go.

When we got there we realized pretty readily that our friend Ray was in pretty tough shape.  He was not musing about the “old country” but in his thick brogue was speaking with great peace about the place he knew he was headed; Heaven.  I was clearly unprepared for that moment as I felt a knot welling up in my throat.

I struggled to understand how he could be lying there knowing his days were short and speaking with such peace about his situation.  He was confidently trusting in Christ and spoke with longing as he talked of seeing Him face to face.  He spoke about his life’s greatest challenge which was not facing death but the fact that he found forgiveness of his sins when he had placed his trust in Jesus years before.  In that moment I learned so much about the Christian life especially about the peace we can have when we trust in Jesus.

You will keep in perfect peace
all who trust in you,
all whose thoughts are fixed on you!