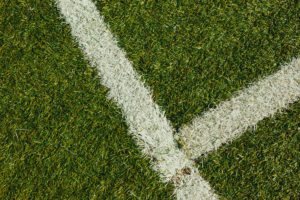 You did not choose me, but I chose you and appointed you so that you might go and bear fruit—fruit that will last… John 15:16 (NIV)

One of my fondest memories of grade school was playing kickball at recess. I loved that game so much, and I couldn’t wait to get on the field and get the game going. There was just one problem…picking teams.

In my pint-sized world, there was nothing worse than being picked last. Nothing! Being chosen next-to last was bad, and yet it was so much better than being dead last. Nobody wants to be the last kid standing on the sidelines, cheeks burning with embarrassment, waiting to be picked.

Aren’t you glad the Christian life is nothing like elementary school kickball? Oh so different is our relationship with the Savior! Scripture says He chose you to be on His side. And you weren’t picked last, or second-to-last. You never have to wonder if you were a sympathy vote, and you never need to prove your worthiness. God chose you before the creation of the world! He wanted you, and He did everything in His power to make you His child…even sending His Son to die on the Cross so you could be saved.

I’m so thankful I’ve been chosen by Him. Aren’t you?

For he chose us in him before the creation of the world to be holy and blameless in his sight. Ephesians 1:4 (NIV)