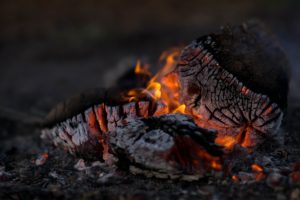 I know that my redeemer lives, and that in the end he will stand on the earth. Job 19:25 (NIV)

He lost all of his livestock when bandits attacked. He lost all of his servants when another group of invaders came and killed them all. All of his sheep were consumed by fire. An invading army took all of his camels and killed those tending them. And then all of his children were killed when a wind blew down the house in which they were having a party. Finally, he had his good health taken from him when he was struck with a disease that caused his skin—from his head to his toes—to break out in boils.

His friends came to console him and found him sitting on a burning pile of ashes, scraping his sores with a broken piece of pottery. This begins the conversation between Job and his three friends.

I’ve had some bad situations in my life. Never this bad, but I do remember people coming and sharing their perspective on my troubles. Perhaps you’ve been there too, or maybe you were the friend that came to console with words of human wisdom.

What’s a person to do in this situation? Where does one turn? Should we turn to God? Certainly God must already be aware. These are the questions brought out in Job’s story, and they are the questions we all ask when facing trials.

In the middle of the dialogue between Job and his friends, Job injects his own perspective. All he says is, “I know that my redeemer lives.”

To where can one turn when it seems God is not stepping in to help? What else is there to say when deep trouble hits? Even in the worst of trials, we have the hope that one day our Redeemer will return and make all things right.