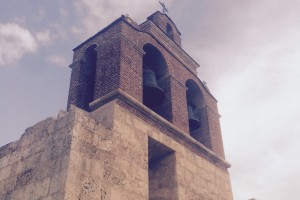 Joe a friend of mine was a talker.  Get him going on any subject and he’ll gladly engage in the conversation and he seemed to have interesting things to say about almost any topic.

Over time though I began to realize that there was one subject that seemed to be off limits to Joe; the subject of faith.  Interestingly, he would talk about church or the church lady who lives down the street but the matter of his own personal faith convictions were completely off limits.  As soon as that subject came up he would politely dismiss himself from the conversation and duck out.

I once tried a more direct approach and asked Joe if he had any kind of faith or religious background.  He immediately responded by saying that he was allergic to religion and that he avoided church or anything that might smack of God-talk.  It was clear Joe was avoiding talking about God as much as he was avoiding God himself.

I read about a guy in the Bible named Jonah who was a lot like my friend Joe.  The story begins with God asking Jonah to go to the people of a certain city to tell them about His love for them.  The story goes on to say that Jonah got up and went the other direction trying to flee from the presence of the Lord.

Many people are running from God and maybe that even describes you.  What I’ve learned is that you can’t run from a God who already knows everything.

For the Son of Man came to seek and to save the lost.”