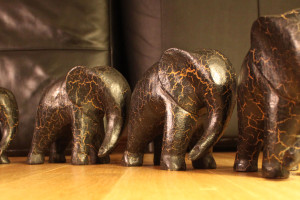 Titus 2:11-13 (NIV)
For the grace of God has appeared that offers salvation to all people. It teaches us to say “No” to ungodliness and worldly passions, and to live self-controlled, upright and godly lives in this present age, while we wait for the blessed hope—the appearing of the glory of our great God and Savior, Jesus Christ,

So what should our life and leadership look like in light of this grace? Or was the gospel message only applicable and life altering at the point of conversion? I say the gospel of grace has repercussions beyond the initial act of trusting in Christ and his work on the cross. A growing competency of grace will impact the way we live and interact with others every day.

In every patch of history there has been a need for leadership. At times there have been figures who have filled that need with poisonous venom. There were also times when leadership voids have been filled by stalwart positive figures. Often these two types of leaders collide in the void as the world looks on in hopes that good will prevail. We can think of Adolf Hitler and Winston Churchill in World War II, Ronald Reagan and Mikhail Gorbachev during the Cold War and John F. Kennedy and Nikita Khrushchev during the Cuban Missile Crisis.

History shows that everywhere grace has been it has left in its wake a force of good upon societies. Many hospitals in previous generations, with names like Mercy, Baptist and Presbyterian, were a result of the value placed on human life by Christianity; a value that can be traced directly back to grace. Those who are beneficiaries of something so profound and life changing want to share it with others.