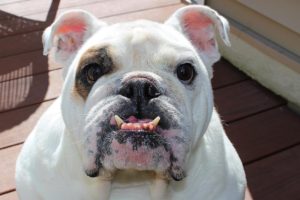 Psalm 36:7(NIV)
How priceless is your unfailing love, O God!
People take refuge in the shadow of your wings.

Yesterday as I left the office on my way to lunch I saw this young straggly looking guy on the sidewalk with a confused look on his face, I asked if he needed help. Then he asked me if I could give him a ride to a fast food place up the street. I agreed then realized that it was a ploy to ask me for money – a lot of money. I later learned from one of the guys in my office that this guy had gained a reputation in the area as a con artist.

Then I went to look into two knew tires for my car. I had been watching sales flyers for months waiting for the right time to buy. I guess my mistake was in telling the salesperson my plan was to check with three different places. He made it his goal to gain my sale right then. Later that afternoon as I was looking over the receipt for the four (yes, four) tires I had purchased I realized that I could have paid less up the street. Buyer beware!

Last week my wife answered the door to find a brash and pushy salesman standing at our door step with a large cooler in his hands. He quickly placed himself and his cooler in the way so my wife couldn’t close the door explaining that he was selling meat and fish. He wasn’t going to take no for an answer. My wife finally said, “You need to leave or I’m calling the police.” He stormed off blurting out something about being a victim.

In a world full of swindlers con artists and just plain sinful people where does one find comfort. Our God is a comforting oasis in a dog eat dog world.