Is God Worth Trusting? 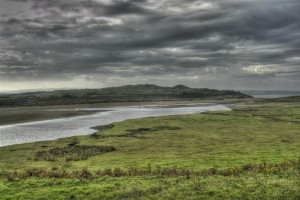 He redeemed us in order that the blessing given to Abraham might come to the Gentiles through Christ Jesus, so that by faith we might receive the promise of the Spirit. Galatians 3:14 (NIV)

Abraham told a lie – a really big one. The story begins in Genesis 12 where God told Abraham to leave his home and family for the Promised Land. God had also said that all the people of the world would be blessed through him.

So off he went on this mostly unknown journey in obedience to God. They must have been filled with such anticipation as they started out. Where will God send us? What will this land be like? How will God bless our family, and how is it that all the families of the earth will be blessed?

Along the way, God showed them the land he had promised them, and Abraham built an altar on that spot and worshiped God. Then, because of famine, they moved down to Egypt. Abraham was worried that the Egyptians would kill him and take his wife, Sarah, because of her great beauty. So he told her to tell them that she was his sister, which she did, and Pharaoh took her into his harem and blessed Abraham with many animals and servants. But then God struck Pharaoh’s house with great plagues because he had taken a married woman. Pharaoh immediately had the couple escorted out of the country.

The first thing Abraham did after getting God’s instructions was hatch a lie about his own wife. Didn’t God just say that he would bless them? Didn’t God say that He would bless those who blessed him and curse those who cursed him? This was ultimately an act of mistrust.

Yet God still did bless Abraham. Certainly he is one of the most prominent figures in the history of the world! The whole nation of Israel started with him, and more than that, Jesus, the Savior of the world, was a descendant of Abraham and Sarah.