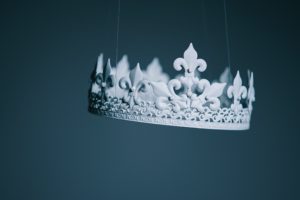 I was talking with some friends that other day about humility. We got to talking about humble brags, something that, because of social media, has become commonplace. A humble brag is when you say something that, on the surface, sounds humble but the motive behind it is really to brag.

For instance, I might say, “I can’t believe I tripped over my ‘yard of the month’ sign when I was out working in the flower bed today.” Did I really want everyone to know that I’d accidentally tripped over the sign or was I looking for a way to appear humble while bragging about my achievement? As another example, one might say, “Here I am spending an evening attending another award ceremony for my brainy kid. Sheesh! slow down already, child,” One must ask, am I really annoyed I have to attend the ceremony or am I trying to let everyone know I produced a child prodigy? Sometimes these statements are even so camouflaged they’re almost undetectable by the uninitiated reader. In today’s social media driven environment humble brags have become a social nuisance of epidemic proportion.

Conversely, true humility is a godly characteristic that believers are called to. James 5:10 tells us to humble ourselves before the Lord and allow Him to exalt us in His time. If you think about it, who is more equipped to exalt us, ourselves, or God? This may indeed be challenging and involve some level of trust, but we’re still called to this life of humility, and we can take encouragement in Christ who is our example.

Philippians 2:8, “And being found in appearance as a man, he humbled himself by becoming obedient to death—even death on a cross!”