How to Handle Greed 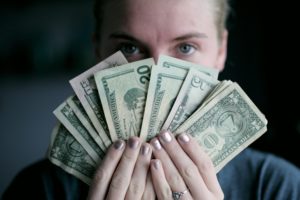 He who did not spare his own Son, but gave him up for us all—how will he not also, along with him, graciously give us all things? Romans 8:32 (NIV)

While sitting in the middle school office waiting for my son to arrive, a young man approached me. “Sir, do you have a piece of paper I could have?”
That’s a strange request for a student standing in a school office, I thought. Surely paper must be in an abundance here.

A girl standing nearby jumped into the conversation. “He’s trying to see how much he can collect,” she explained. The boy opened his back pack to reveal that it was stuffed full of paper—more paper than the entire sixth grade would require for a year’s worth of homework. He proudly announced that the rest was being stored in various lockers throughout the building.

Greed is named as one of the seven deadly sins. It’s a common snag for many of us. It shows no prejudice for age, race, or even economic standing. The desire to have more than we need can creep in unannounced and it can overwhelm our common sense.

At times I’ve felt the tug of greed and struggled to shake loose of it. The best thing I’ve found to battle greed is giving. That’s right! When we’re giving generously, we remove the ground where greed takes root. Generous giving is the antidote to greed.

Giving is also a way to share Christ with those around us. Our verse for today shows that God was generous with us by sharing even His own Son with the world. He didn’t hold back in His giving, and when we generously share our resources, we can be an example of what real love is to those around us.

Each of you should give what you have decided in your heart to give, not reluctantly or under compulsion, for God loves a cheerful giver. 2 Corinthians 9:7 (NIV)