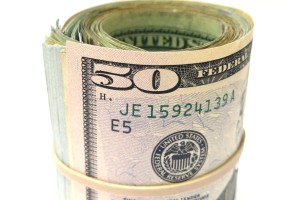 The LORD said to me, “Go, show your love to your wife again, though she is loved by another man and is an adulteress. Love her as the LORD loves the Israelites, though they turn to other gods and love the sacred raisin cakes.” So I bought her for fifteen shekels of silver and about a homer and a lethek of barley. Hosea 3:1 (NIV)

It’s one of the strangest stories in the Bible. God’s messenger was told to marry a harlot. And that’s just what Hosea did: He married a prostitute, had children with her, and loved her as his wife. What could come of such an arrangement? Why would God ask such a thing of His servant? It’s crazy, but the whole thing was to make a point. The Israelites had strayed away from God, and Hosea’s life provides a vivid illustration of their disobedience and His desire to forgive them and show His love to them.

When Gomer, the woman whom Hosea chose to love, went back to her life of prostitution, Hosea went and bought her back. The price in silver was great, and the emotional price was even greater, but by all indications Hosea did as God instructed and brought her home and again treated her as his wife.

The story is an illustration of how Israel played the harlot and strayed from God. It ends with a reminder of God’s love and forgiveness and even His blessing for Israel if she would only turn back to Him in obedience.

God’s love for us is like that. It is part of His character to love those who are far from Him. He redeems those who would otherwise be far from Him, and He gives them all the blessings of His children.

I will heal their waywardness and love them freely, for my anger has turned away from them. Hosea 14:4 (NIV)