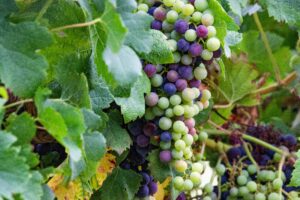 A few years ago I was in the process of looking for a new ministry position. Scouring the pastor job ads I ran across a church in Florida looking for a youth pastor. Making an initial contact, I immediately hit it off with the search team. After each step in the process I was advanced to the next level. I had never experienced such commonality in a search process before and in each interview and phone conversation I grew more and more to see myself at this church. The search team regularly informed me of where we were in the process and at each interview I was reminded that the final step would be a short conversation with the senior pastor as a formality.

The day finally came for that phone call with the senior pastor and was met with great frustration. The pastor introduced himself and proceeded to describe the community around the church as being on the cusp of an Acts 2 revival. He painted a picture of masses of students coming to Christ in a great move of the Spirit and asked if I was ready to make that happen. In shock I explained my understanding that what happened in the opening chapters of Acts was a special move of God and could not be recreated without a supernatural work of the Spirit. It was as if he didn’t even hear what I said and responded by once again recounting his vision of an impending spiritual awakening. This conversation repeated itself several times and finally I broke in stating that I perceived there would not be a good working relationship between the two of us. He seemed rather satisfied with my response and the conversation quickly disintegrated. I was crushed, of course, thinking what seemed like such a great possibility ended with that one brief conversation.

A couple days later I received a phone call from the chairman of the elder board who was also a part of the search team. He had commented a few times during the process that he thought things were going well and was looking forward to the completion of the process. The purpose of his call, he stated, was to inquire about my response to the surprising turn of events and what happened on that phone call. I shared my frustration about the desire for me to create what, I believed, only God could do. In disappointment he assured me that he would follow up with the information and get back to me. I never heard from him again but a couple months later I happened to run across another job posting from that same church, however this time they were looking for a senior pastor.

There is a fallacy buried deep in the psyche of the corporate evangelical mind; a way of thinking that espouses a church constructed by the brightest and best. It’s the concept that we must push forward and depend on talent, charisma, and strength and we must reject and push down any lesser parts. Accentuate the positive, eliminate the negative. No longer do we affirm a body made up of many parts, placed there by God; a body where no one part is more important than another. We have forgotten that God chooses the foolish things of the world to confound the wise. What we’ve created instead is a game of evangelical survivor and we must eat or be eaten and forfeit the million-dollar prize.

I’ve long struggled with the way we acquire leaders in the evangelical world. We tend to look for the high performers. This way of leadership acquisition is not at all like the way leadership according to the Bible. It is actually God’s heart to confound the wise by using the weak. This has most often been the God-way of leadership acquisition. The popular church leadership notion however, the design of the other way, is that if we fill our staffs with high performers, we will find greater success. Just read through some ministry job ads, and you will get the idea. Some of these descriptions use terms like “fast-paced,” “high-energy,” and “able to build dynamic, high-performing teams.” I read one recently looking for a pastor who works well in a “highly stressful environment.” Yikes! No doubt high performers produce results, but I cannot help but wonder, if the results we’re looking for require a peak performer, then for what reason do we need God to show up?

We never see Jesus calling for high performance. Instead we hear him saying, “…my yoke is easy, and my burden is light” (Matthew 11:30). The way of God involves deep dependence. Let us not forget that it’s only when the branches are attached to the vine, and abiding in him, that they bear fruit. Our call is to depend, to trust. Be encouraged though, the Apostle Paul reminds us we do not need to be strong because when we are weak that he is strong (1 Corinthians 12:9-11). When we choose the way of God, we will always have his strength.

Goodbyes are hard. We just said farewell to our good friends and watched as they drove away in a moving truck. We’ve known them for

Roly Polys in a Jar

One weekend in college before Juli and I were married, I went to spend the weekend with her at her parents’ home in the suburbs

Scriptures Related to our Calling