He Wants us to Know that Truth can be Known 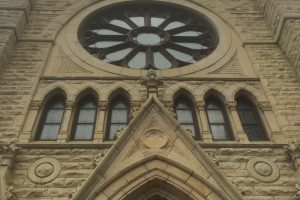 Then you will know the truth, and the truth will set you free.

There’s a popular commercial on television where a young lady is talking on the street with her neighbor.  The woman makes a statement and the man says, “Where’d you hear that.”  The woman quips back in a matter of fact tone, “On the internet.”  The man replies, “And you believe that?”  The woman responds, “Yeah, they can’t put anything on the internet that isn’t true.”

I laugh each time I see the commercial.  I think it’s a great commentary on our relativistic world today.  Our culture struggles with truth.  What is it? How can anyone be sure that anything is true?  Where can you go to find anything that’s always true all the time?

This struggle is especially apparent in the area of moral questions.  Many in our culture believe that something can be true for one person but not true for another.  It’s hard to understand how we’ve come to have such thinking since even the dictionary describes truth as something that’s absolute.

Just because I might not believe that something is true doesn’t make it so.  And something that is true for one person can’t be not true for another.  If I say that I’m convinced that there are aliens living in outer space it doesn’t make it so.  Either there is life out there or there is not and it doesn’t really depend on what I believe about it.

Sanctify them by the truth; your word is truth.