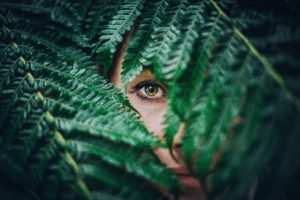 1 Kings 21:25-26 (NIV)There was never anyone like Ahab, who sold himself to do evil in the eyes of the LORD, urged on by Jezebel his wife.

I recently met a young girl who said her name was Jezebel. I thought how sad that her parents must not have known of the Bible character behind her daughter’s name. It’s hard to find anything redeemable in the life of this wicked woman.

In the account of her life the trouble brought on God’s people began with the marriage of Jezebel and King Ahab. How he met her is unclear but her character and notoriety is plain. She came from a Phoenician family of idol worshipers. Her father’s name was Ethbaal which means, a man of Baal, a heathen foreign god.

This marriage of Ahab to this heathen woman proves why God commanded the Israelites not to intermarry with the heathens. Jezebel sought to use her powerful position as the wife of the king to destroy the faith of God’s people.

She used her beauty and every personal resource to wield power over her husband and destroy everything sacred among God’s people. She erected temples in various places for the worship of Baal. Her husband Ahab was reduced to a puppet of a leader submitting to her whims. At one point when Ahab’s request to purchase a vineyard was refused she had the owner of the vineyard wrongfully accused and stoned to death. In fear the prophets of God were hiding in caves.

Both Ahab and Jezebel paid for their wickedness dying in humiliation and fulfilling the prophecy of Elijah. In the end we are left with two important lessons; wicked scheming does not pay and one should never name their child Jezebel.