God Wants us to Know Him 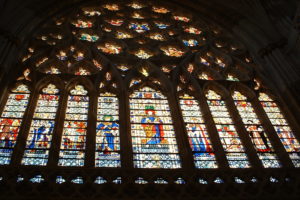 Now this is eternal life: that they know you, the only true God, and Jesus Christ, whom you have sent.

One of the things I’ve noticed about the way some Christians define their faith is by the things they do or don’t do.  In previous times Christians would often say with pride, “I don’t drink, don’t smoke, don’t chew and I don’t go with girls who do.”  Today this same statement is often said tongue in cheek yet too many Christians are still living by similar systems of rule keeping.  These list keepers are often seeking to create a religious system based on outward morality and perhaps there is some self-satisfaction in this facade of religiosity.

How does one do this?  By studying His Word, the Bible, by fellowshipping with other believers and by worshipping Him, not just on Sunday at church but also by offering our lives as a daily living sacrifice to Him.  Our greatest endeavor in our faith is not the keeping of lists but in knowing Jesus.

Won’t you make it your goal today to know Christ more?