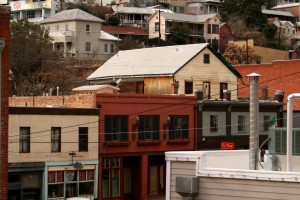 Everyone’s from somewhere and most of us like to think that where we’re from is about the best place on earth. I’m from Chicago. Well actually I’m from a Chicago suburb but its name never rings a bell with people I meet so I just say, “Chicago.” There’s really nothing glamorous about my hometown except that while I was growing up it had one of only two Ovaltine factories in the world and the whole town smelled like chocolate when the wind was out of the east.

One of the things I’ve observed is that most people love to talk about the food where they came from. For me it’s the pizza and the hot dogs. You probably don’t get this because you’re sure the pizza’s better where you came from and well; a hot dog’s a hot dog, right?! See that’s where you’re so wrong because if you’d ever been to Mickey’s on St Charles you’d know that there are hot dogs and then there are hot dogs.

Another thing I’ve noticed, having lived most of my life away from where I grew up, is that I’ve never felt as at home anywhere as I did the first twenty or so years of my life. I know I’m not alone in this because I’ve spent a lot of time over the years with folks just like me who came from somewhere else. Maybe you’re from somewhere else and you get this.

Sure we find things we enjoy wherever God has planted us over the years but it’s natural to have a longing for home. I’m fortunate enough to make it back to Chicago once a year, albeit in the winter. I always make a point to eat lots of hot dogs and pizza and try to meet with friends when I’m there. It gives me a sense of grounding and in a strange way this fills up my tank.

I once lived in a military and aerospace community where everyone was from somewhere else. We used to say that everyone was an outsider so no one was an outsider and we all learned from the military folks that you had better make friendships quickly because you never know when you’ll get shipped off to somewhere else. What better way to live if you have to live away from what you know as home?

I can’t help but make the connection between this sense of home and our future home in heaven. I get the feeling that going there is going to be a whole lot like going back to where you came from. When we get there and we see Jesus we’ll know that this is where we have belonged from the beginning. And maybe it seems silly but I’m thinking there will be great hot dogs and pizza there and a whole lot more to make us feel at home.

Instead, they were longing for a better country—a heavenly one. Therefore God is not ashamed to be called their God, for he has prepared a city for them. Hebrews 11:16 (NIV)

However, as it is written: “What no eye has seen, what no ear has heard, and what no human mind has conceived”— the things God has prepared for those who love him. 1 Corinthians 2:9 (NIV)