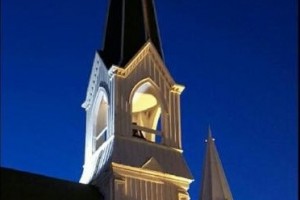 Every man’s way is right in his own eyes, but the LORD weighs the hearts. Proverbs 21:2 (NASB)

I walked into the crowded room hoping to find encouragement for what I was thinking of doing later that evening. I had felt the need to go meet up with some old friends and share my new-found relationship with Christ with them. The only problem was that my old crowd would be there with their tempting vices in tow.

I wanted to be the influencer not the influenced. I wanted to show them a better way to live, Jesus’ way, but I was scared because I didn’t want to fall into old destructive patterns. I had come to realize that those patterns were a poor replacement for the fulfillment I had found in Jesus.

I was sure the folks at my Bible study would support me. If you can’t call on the folks at your Bible study, who can you count on? But instead of support, I found criticism. They said I shouldn’t be hanging around with such people. “Bad company corrupts good morals,” they said. I knew all of this was true, but I also knew my old friends needed Jesus.

I kept thinking about the people Jesus hung around with – sinners and tax collectors. People like my old crowd. If I didn’t share Jesus with them, who would? I had to follow through with what I believed God wanted me to do or I would have felt like I wasn’t true to what He had laid on my heart.

It’s just like it says in today’s verse. Everyone thinks they know what’s right. We’re so quick to preach at others, telling them how to live. But in the end, God is concerned mainly with our heart. We can’t hide what’s in our hearts because He sees it all anyway. The truth is He sees right through all of our talk and wants us to obey Him and Him alone.