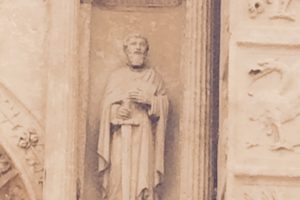 In Acts chapter 5:1- 11 we find the story of a couple who had deceived their church. It’s the account of the fate of Ananias and Sapphira who had sold a piece of land but only gave a portion to the Lords work. Moved by the spirit, others in that early church were selling property and laying the money at the feet of the apostles.

The sin for this couple wasn’t in holding back some of the proceeds so much as the deception. They had pretended that one thing had taken place but did another. By laying only a portion of the income at the apostles feet they had deceived the believers into thinking they’d given it all.

When confronted about this Scripture says that Ananias fell down and breathed his last. His wife Sapphira came in three hours later and after being asked about the price of the land also fell down at Peter’s feet and met the same fate as her husband.

Make no mistake, Christ is not happy with deception especially when it involves his bride. One of the worst things a leader can do is to employ deceit or manipulation while carrying out their leadership responsibilities. A leader who gives off the impression that one thing is happening while something altogether different is taking place has put themselves in a place of grave (forgive the pun) danger.

1 Peter 5:2-4 (NIV)
Be shepherds of God’s flock that is under your care, watching over them—not because you must, but because you are willing, as God wants you to be; not pursuing dishonest gain, but eager to serve; not lording it over those entrusted to you, but being examples to the flock. And when the Chief Shepherd appears, you will receive the crown of glory that will never fade away.