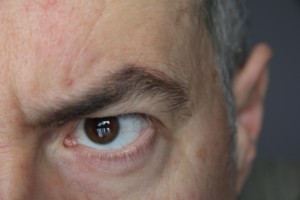 My dear brothers and sisters, take note of this: Everyone should be quick to listen, slow to speak and slow to become angry, because human anger does not produce the righteousness that God desires. James 1:19, 20 (NIV)

One of the most destructive forces in any relationships is anger. By itself, anger is not sinful. However, when we allow ourselves to “vent” unchecked, a world of hurt can result. How many times have we said something out of anger and later regretted it?

A key thing I’ve learned from the Bible is that anger really has little use for the purposes of God. Yes, I know there is something called righteous anger—being angry at the things that anger God—but let’s face it, our anger is more often rooted in our own selfishness than in God’s righteousness.

So many times when I’ve gotten angry—perhaps at my children or my spouse or a coworker—I think, “Here’s my chance to set them straight!” But to be honest, very little is usually accomplished when I speak while angry. More often than not, the person becomes defensive, and two people end up being angry rather than just one.

Our verse today tells us that God desires righteousness. Righteousness results when we are free from guilt or sin, and human anger does not produce that. It might accomplish our need to vent, but it likely won’t bring about positive changes.

So what should you do if you get angry? It seems simple, but the best thing to do may be to cool off before you speak to the person with whom you’re angry. Be patient and wait until you can speak from a place of love rather than anger.

A hot-tempered person stirs up conflict, but the one who is patient calms a quarrel. Proverbs 15:18 (NIV)