Dead Men and the Incredible Love of Jesus 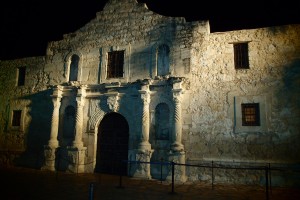 Very rarely will anyone die for a righteous person, though for a good person someone might possibly dare to die. But God demonstrates his own love for us in this: While we were still sinners, Christ died for us. Romans 5:8 (NIV)

Recently I went to the Alamo. I’ve been there several times, and I always find it quite moving. The fact that two hundred men would stand their ground at the Alamo and battle with Santa Anna’s army of fifteen hundred was beyond valiant. Their bravery and resolve carried them as they fought to the death against such insurmountable odds.

Although this battle represents a defeat in one sense, it also represents a victory for the people of Texas as well as the country as a whole. It is said that because of their act of unwavering bravery, the spirit of the people was roused and men flocked to join the army, which ended the run of Santa Anna in the battle of San Jacinto just two months later.

Romans Chapter 5 talks about this very thing. It says that while some folks would be willing to die for a righteous person, Jesus is different. While we were still sinning, Jesus gave His life for us. We were undeserving of such grace and mercy. The very act we were unable to do for ourselves, He did for us while we were in our helpless, sinful state. Now that’s amazing love.

For if, while we were God’s enemies, we were reconciled to him through the death of his Son, how much more, having been reconciled, shall we be saved through his life! Romans 5:10 (NIV)