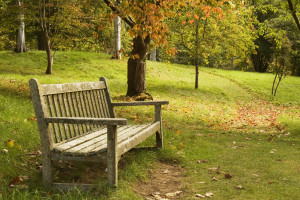 David said to Gad, “I am in deep distress. Let us fall into the hands of the LORD, for his mercy is great; but do not let me fall into human hands.” 2 Samuel 24:14 (NIV)

At the end of the book of 2 Samuel there is an obscure and unusual story about a terrible thing David did while he was king. What did he do that was so bad? He conducted a census of his fighting men. The census in and of itself wasn’t so bad, but for King David, it indicated a lack of trust in God’s provision and resources. You see, the leader of God’s people was to be an example of faith in God. After all, hadn’t God been trustworthy through numerous previous battles? David should have had confidence that God would continue to protect and bring victory to Israel as He had promised.

At the end of the story, David is approached by a prophet who said David must choose one of three punishments for his sin. He could choose to have seven years of famine, to flee for three months from his enemies, or to experience three days of pestilence in the land.

David decided he would rather fall into the hands of the Lord than into the hands of men, so God sent a pestilence on the land. David’s choice showed great personal growth. In the beginning of this story, he was struggling to trust the Lord. But by the end, he had learned that trusting God is always better than relying on men. If only he had applied that logic at the front end, how much better off he would have been!

Isn’t this the same challenge we face almost daily? Isn’t it always best to trust in God?

Trust in the LORD with all your heart and lean not on your own understanding; in all your ways submit to him, and he will make your paths straight. Proverbs 3:5-6 (NIV)