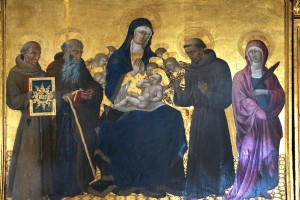 On coming to the house, they saw the child with his mother Mary, and they bowed down and worshiped him. Then they opened their treasures and presented him with gifts of gold, frankincense and myrrh. Matthew 2:11 (NIV)

My mom was big on hostess gifts. When I was a kid and I would go to a friend’s house, my mother would insist that I bring a gift. I used to bristle at the suggestion because it usually meant I had to put forth some effort. Now that I’m older, I see the importance of such a gesture. It’s a polite way to show someone that you see it as a privilege to be invited into their home or to be a guest at their table. It’s also a great way to show honor and respect to those who we appreciate.

In the Christmas event, the wise men were aware of this important social grace, and they brought gifts to Jesus when they went to meet him. All they knew when they left on their journey was that the King of the Jews had been born, and so they sought him out by following the star.

There seems to be a lot of mystery surrounding the event. How did they know the star signified the birth of a special King? How did they know to follow it? From where did they come? There are many things we don’t know about these men and their journey, but one thing we know is that they brought gifts of gold, frankincense, and myrrh to honor the Christ. These gifts were the best they could offer, and it was all about giving honor to the worthy King.

So this season, when you give gifts to those you love, remember the gifts of the wise men and how they traveled so far to honor the Christ child.