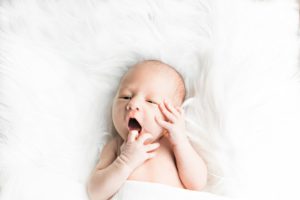 Psalm 90:2 (NIV) Before the mountains were born or you brought forth the whole world, from everlasting to everlasting you are God.

Our fourth child is an adopted daughter and a blessing to our family. She almost a teen now but came to us out of a foster home when she was two and a half years old. Previous to that she lived in her biological home until she was eighteen months old. She has several biological siblings of whom she has no memory. Every so often the subject of her biological family comes up. She wants to know where she came from. As with many adopted and foster children there is a yearning for a connectedness to her beginnings.

At some point we all want to know how we got here. We want to know about our genealogical background and where we came from. Where did my ancestors come from? How did my forefathers make a living and those kinds of questions?

Many years ago I had a fish tank wish some tropical fish. One day as I was feeding the fish I noticed that there were tiny little entities moving around in the tank. Upon closer examination I realized they were baby fish. Where did they come from? I knew they had to come from one of the fish in the tank. They couldn’t have come from outside the tank so they had to have come from one of the fish in the tank but I hadn’t even realized that there was a pregnant fish. Further, because the fish were so small I couldn’t tell what kind of fish they were. I had to wait until the baby fish grew in order to tell which variety had given birth.

What about God? Where did he come from? This great question has been pondered by philosophers and theologians since the beginning of time. Yet, Scripture tells us that God had no beginning. Unlike all other organisms God had no cause. A.W. Tozer calls God the uncaused Cause. Though he is the cause of all beings, he himself has no cause. When we pray and ask God to help us with our concerns we will do well to remember that we are calling on the God who has no origin as we do.

Isaiah 40:28 (NIV) Do you not know? Have you not heard? The LORD is the everlasting God, the Creator of the ends of the earth. He will not grow tired or weary, and his understanding no one can fathom.