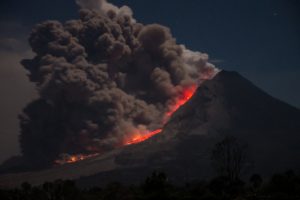 For even the Son of Man did not come to be served, but to serve, and to give his life as a ransom for many. Mark 10:45 (NIV)

Outside of Mexico City is one of the world’s most accurately restored and largest pyramid structures in the world. Teotihuacan is actually an ancient city with two pyramids at its heart, one to the sun and one to the moon, and probably constructed by the Mayan people. At its pinnacle, this great city was inhabited by over one-hundred thousand people and contained such modern amenities as running water, sewage treatment, and civil government.

Sadly, human sacrifice was also part of the culture, and at the base of the Pyramid of the Moon is a large table that was used for human sacrifices. When I visited this site, I took a moment to lie across the table. I imagined what it must have been like to be offered as a sacrifice. An eerie feeling swept over me as I thought about the false beliefs that deluded these people.

Many people throughout history were only aware of gods whose anger needed to be appeased. The idea was made fun of in the popular movie Joe Versus the Volcano, where the local god was soothed by throwing a human victim into a smoldering volcano. In reality, the idea of human sacrifice is not laughable; it’s horrific. Too many people throughout history were sadly misled into believing in the lies of false religion.

What a contrast to Jesus, the Author of our faith. He did just the opposite, the unexpected: He sacrificed Himself for the world so we could live with Him forever in paradise. What a great thing to celebrate – our redemption paid for by the blood of God’s Son, our Redeemer! What a great motivation to serve our Savior!