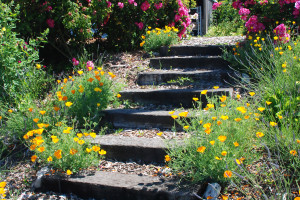 Where were you when I laid the earth’s foundation? Tell me, if you understand. Job 38:4 (NIV)

I remember once seeing a t-shirt that said, “Two things are true: There is a God, and you’re not him.” What a simple concept that we so easily forget! Too many times we try to take on the role of God. We act like he doesn’t exist, we talk like we are in charge, and we simply forget that he is God and we’re not.

Job was a pretty decent guy. As a matter of fact, the story opens with God and the devil having a conversation about Job. God said that there was no one on earth like him. Job did, however, have something to learn about his place in the world.

As a result, Satan was allowed to take away everything precious to Job, who was a very wealthy man. He lost all of his possessions and all of his children. Pretty much the only thing not taken was Job’s wife.

The bulk of the story is a dialogue between Job and his friends. Just like you and I might do, they tried to understand why these things had happened. At one point, Job even said that God must be unfair to have allowed these terrible things to happen to him.

Toward the end of the dialogue between Job and his friends, God finally stepped in and spoke. He began by asking Job, “Where were you when I laid the foundations of the earth?” Job had to learn that he was not in charge.

In the end, God blessed Job with even more than he had at the beginning of his life. But what about you? Do you know who’s in charge, or will it take a painful life lesson to learn it?