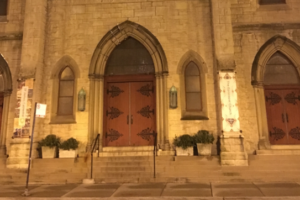 Okay so I couldn’t come up with 95 theses on the subject but I got as far as 9.5, which is really just a cute way to say there’s an even ten. In reality, none of these theses are half truths. What you will read here is my response after having dealt with significant dysfunction in more than one church over a number of years. My prayer is that these truths will help you navigate your way through dysfunction, if you should ever come upon it, and chances are you will, if you haven’t already. If I could, I would nail these 9.5 theses on every church door where dysfunction and abuse is in play. The time has come for the church to take a hard stand against a growing atmosphere of abusive leadership.

#1. All truth matters greatly or our ability to spread the truth of the gospel diminishes greatly.

We cannot accept deceit in any form. Either all truth matters or no one truth does. The very term, “gospel” means truth so if we are playing fast and loose with seemingly small truths what impact will our insistence on the truth of the gospel really have? Be sure that dishonesty comes in many forms. There are particular sticking points related to truth that have tripped up many Christian leaders. Fact framing, manipulation, and saying one thing while meaning another, are all ways that Christian leaders can fall into a trap of dishonesty. Matthew 5:37 teaches us that our yes should mean yes, and our no should mean no. Without this simple conviction our words will mean little to others and we will fail to garner trust from those we lead.

#2. The ends do not justify the means.

There is a pragmatism that has crept into the church that is not healthy and is not birthed in the biblical priorities of the church. It is a grave mistake to think that because something appears to work that it must be a God ordained pattern. We wrongly justify the actions of leaders because they seem passionate or because they have a great ability to draw a crowd. Rapidly growing attendance or the attractiveness of a leader are not signs of God’s work. Sadly, many of the measuring sticks used to gauge church success are not even  mentioned in the Bible as priorities for the church. Wise Christ followers will look to Scripture for the measure of church health and success.

#3. Church implosions are an inside job. Always!

One cannot blame outside sources for the ineffectiveness or destruction of a church. Satan knows that he must get inside a church in order to take it down from within. He loves to use disagreements and all kinds of abuse to destroy a church and history has given us ample examples of this. It makes sense if you think about it. The fox always does the most damage when he’s inside the hen house. Perhaps this is why there are so many warnings against those who would creep into the church and cause disruptions. For more information on this subject click here.

#4. There are two kinds of churchmen who aid in the failure of a church; those who lead the way down to destruction and those who idly observe.

Edmund Burke said, “All that is required for evil to triumph is for good men to do nothing.” Perhaps you too, have wondered where are all the good people to stop a tyrannical, out of control leader, as you’ve observed a great institution on its way toward annihilation. They’re probably right there with a front row seat, observing the collapse of their beloved church or institution, all the while doing nothing, as they look the other way.

Often it’s the tyrannical leader who gets the bulk of the blame when an organization finally comes to its senses or to its ruin. Sometimes the tyrant gets run out of town on the rails by the very ones who gave him the keys to the kingdom. I’ve seen this happen more than once. The reality is however, that the terrible leader who everyone disdained would not have been able to carry on without the help of good people sitting idly by with heir heads in the sand. Sometimes the only way to stop tyranny is for good people to take the risk and speak out. Those who allowed it to happen are not off the hook however. As William Gurnall said, “The servant who cooperates with his master’s fraud collects God’s wages too.”

#5. God’s wrath is continually directed at evil doing and those who practice it.

It can be very discouraging and demoralizing to observe the destruction of a church or ministry organization. Be sure that God does see and is set against evil in all its forms. There is no immunity for clerics. There is no religious exemptions for leaders. There is a spiritual law constantly at work because God is for the righteous and set against the wicked. Psalm 37:9, “For those who are evil will be destroyed, but those who hope in the Lord will inherit the land.” This is not some archaic way in which God once operated. This is a law of sowing and reaping that is at work this very moment. Though it may seem that evil is triumphing, be sure that God sees and is aware and will bring justice to those who manhandle His bride.

#6. If you want to discern who the wicked are look to see who is plotting against the righteous.

#7. No false teacher is ever identified as such upon entry into the church.

False teachers enter wearing the clothing of a sheep and is only later identified as a wolf. 2 Corinthians 11:13-15 warns of this predicament, “For such people are false apostles, deceitful workers, masquerading as apostles of Christ. And no wonder, for Satan himself masquerades as an angel of light. It is not surprising, then, if his servants also masquerade as servants of righteousness. Their end will be what their actions deserve.” Wise believer will be aware and learn to apply discernment.

#8. Disunity, disagreements, and disharmony are the fruits of a false prophet.

Where there is a working against the agenda of God there cannot be peace and harmony. So if you’re trying to figure out if a particular leader is indeed a false teacher or prophet you only need to observe the environment they have fostered. If you observe discord in the body it may very well be the work of a false teacher. Matthew 7:18 says, “A good tree cannot bear bad fruit, and a bad tree cannot bear good fruit.” Likewise false prophets will always leave behind a trail of destruction.
#9. The right and God honoring path can never be determined by the number of people following in that way.

When the Israelites built the golden calf to worship all but one bowed down to it. Remember also that the first recorded sin was committed by 50% of the total population of earth followed by the other 50% following suit. How can we forget that all those who followed Moses into the wilderness grumbled wishing to go back to Egypt and to their slavery. Lastly, remember that all of Jesus’ closest followers turned away and fled in His most crucial hour of suffering. So we can be sure that the number of people are following along in a certain direction cannot be the determination of the righteous path. Sometimes in the face of great adversity a follower is called upon by God to stand up against the crowds and stand up for righteousness.

#9.5. Finally, doubling down on organizational priorities is not a form of confession, repentance, or reconciliation.

There is often an auto response that churches or organizations go into where they double down on their mission in an effort to appear as though everything is going in the right direction. Be sure that this is not the same as an admittance of wrongdoing. Nor does the apparent positive turn wipe out the damage or effect of previous evils. Sin and dysfunction must be dealt with before an organization is able to move forward in health. anything less than confession, repentance, and reconciliation only kicks the can of dysfunction down the road toward further trouble. This is why you often see a church or organization repeating patterns of unhealth. Sometimes patterns of dysfunction will reappear after many years only because previous sins have not been dealt with in a biblical manner.