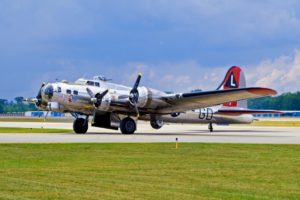 When I first entered the ministry I had no idea that I would be required to take up arms in spiritual battles with such regularity. It wasn’t that I questioned the reality of the enemy but I never realized how real and personal the battle was for those who lead. As I look back on nearly thirty years in pastoral ministry I’m astonished at the number of battles waged on behalf of the church. I’m amazed at how God has, countless times, been faithful as I trudged through one spiritual battle or another. Some of those battles were short skirmishes where victories came quickly. Others involved all out warfare where the attacks became very real and personal.

Usually as the conflict progressed it would become clear that the struggle was of a spiritual nature. There is almost always a point in any battle where you realize that the struggle is not against flesh and blood but rather against the very forces of evil. That becomes the moment of choice when we must decide to make use of the spiritual armor God has provided.

I have an uncle who was a World War II machine gunner on a war plane. He once told about an unusual assignment his squadron was given. They were ordered to fly along the coast of Japan just close enough that the enemy outposts along the shoreline would fire upon them, but just far enough off shore that they were less likely to actually be hit. Each time they were fired upon by the enemy they charted the location where the gunfire originated. Then after a number of days bombers were sent in to hit those same locations. I’m reminded of so many spiritual battles I’ve encountered. Over time I’ve noted some patterns and have recorded some of my observations. It’s always good to know the patterns of our enemy so we can be alert to the need for preparedness. These are the times I’ve discovered the enemy has been most active.

The enemy knows that a church is especially vulnerable during a turnover in leadership. Whether it’s during a change of pastors or while leaders are being elected or appointed, our enemy is adept in using confusion and a sense of vulnerability to create chaos as one leader is exiting and another is beginning.

I can’t help but think of the leadership transition between Saul and David. More than once the enemy tried to use this opportunity to bring about an agenda of chaos and confusion. Still God’s plan for leadership was clear and eventually won out. Be sure that God’s purpose always wins out over the agenda of our enemy. Numerous times I have been encouraged by Christ’s words to Peter that he would build his church and that the agenda of hell cannot prevail against this plan.

It makes sense though that our adversary would see leadership transitions as opportunities to destroy the church. Anytime there is an absence of a shepherd the enemy knows the sheep are vulnerable. This is a time when wise leaders will be alert for the schemes of the enemy.

2. When Sin or Error is being Confronted

Think about it this way, if sin or error that has set up camp in your church then you can be certain that the enemy is behind it. So correcting sin or error will likely draw enemy fire. It all comes down to the contrast between the nature of our enemy who is full of lies and the nature of our God who is full of truth. Those two realities will always be in conflict. It’s the classic battle of good versus evil. Anytime leaders are trying to bring the character of the church into alignment with the character of Christ you can be sure there will be a battle.

Not long ago I was teaching through the book of Zechariah in a class of young married couples. Just previous to Zechariah’s ministry God’s people had endured a time of discipline and correction while in exile for many years. Then Zechariah delivered a series of messages from God to the people shortly after they had returned to Israel. I was amazed at one of the things the Lord instructed the Israelites to do. He told them to speak the truth to one another (Zechariah 8:16). Of all the things God could have told the people to do he gave this one simple charge; speak truth. You see, the enemy loves lies. He’s actually called the father of lies. Lies give the devil power and truth takes that power away. So many times I’ve been frustrated in the course of plans when some untruth was told and then spread around causing trouble. Winston Churchill once said, “A lie gets halfway around the world before the truth has a chance to get its pants on.” One simple lie can be so destructive.

We are to be image bearers of our Father and any hint of untruth, any twisting of reality will only become tools of our enemy. I’m always astounded when I see a ministry leader using dishonesty or deceptive tactics. How can we think we are accomplishing God’s will when we are using the techniques of the enemy? If leaders are being confronted because they have played fast and loose with the truth or have been manipulative or untruthful in their dealings you can almost always expect a battle because the enemy doesn’t easily give up his ground.

3. When False Teachers are at Work

There’s a reason there are so many instructions about false teachers in Scripture. Apparently, according to Colossians 2: 8, it’s possible to be taken captive by their slick presentation of philosophy and empty deception. Let’s stop kidding ourselves, we wouldn’t be given this warning if it wasn’t possible be fooled. Our enemy loves to use false teachers and when he does he’s so sneaky that it’s easy to miss unless we are alert.

Sometimes the battle can even seem to emanate directly from those we thought were our partners in ministry. The Bible calls these people wolves in sheep’s clothing (Matthew 7:15-17). They’re called that for a reason, because they appear to be sheep but in reality they’re more like ravenous wolves. Why is it that the worst battles we face seem to come from within rather than from outside the church? It’s because the enemy knows that to create dissension or instability he has to get us from the inside. Most times when churches or ministries come undone it’s an inside job. What better way to bring down an effective ministry than from the inside? An enemy attacking from the outside would simply be too obvious. The fox is always most effective at securing a meal when he’s inside the hen house. We must be aware that sometimes the enemy may be among us on the inside.

4. When there is a Leadership Void

This is similar to number one in many ways however leadership absences don’t only happen when a leader leaves. Sometimes there is a leadership void because a leader simply won’t lead or is incapacitated by sin or other distractions. Proverbs 29:18 says, “Where there is no vision the people are unrestrained.” Vision here is referring to a specific revelation of God’s Word. That means that when a church lacks godly leadership people become addled and anxious and chaos finds its way in.

This reminds me of when God’s people built a golden calf while Moses was up on the mountain receiving the Ten Commandments. Aaron was in charge in Moses’ absence but he wasn’t leading. Scripture states that the people quickly strayed from God and upon returning Moses observed that the people had “gotten out of control” (Exodus 32:25). All this took place in a short period of time. It’s a rather disheartening commentary on our inability to follow God faithfully especially in the absence of godly leadership.

From the beginning the intention of Satan has been to take the place of God. That desire was at the core of his initial rebellion when he left his heavenly position. He’s well aware of the vulnerability of the sheep and opportunistically exploits the moment when a shepherd isn’t shepherding.

5. When the Cause of the Church is Advancing

There is no time more infuriating to our enemy than when the church is advancing. We have the promise however, that hell cannot prevail against the building of the church when Jesus was speaking to Peter and said, “And I tell you that you are Peter, and on this rock I will build my church, and the gates of Hades (hell) will not overcome it” (Matthew 16:18). There is a reason he gave the qualifier that hell cannot stand against the building of the church, because he knew hell would certainly try. He also knew that when we see hell trying to bring down the church we’d get rattled and need the reminder that in the end he still wins. No matter what happens we still win.

Wise leaders will remember that the evil one is not happy anytime the church is making progress. It’s good to remind ourselves of some activities that might draw enemy fire. These potential growth activities might result in the enemy rearing his ugly head.

Before, during and after a building project. Having gone through more than one building expansion I’ve noted that building projects provide especially stressful times on leaders. One church made a point to slow down the pace of activity during its building program so more time could be spent praying as they guided the church through the process.

Second, while considering whether to add additional worship services. The bigger the impact a church is having in its community the more the evil one wants to see it destroyed, so having more people attending your services means that you’re a bigger target for the enemy.

Another time of potential risk is during special outreaches. Every year my church puts on a large marriage conference. It’s become a well-known event in our community and has helped many couples. Each year in the months preceding the event I begin to engage prayer warriors because that’s when the battle increases. During Easter or Christmas when outsiders tend to visit the church is another time that Satan loves to interfere. After all, what would raise his ire more than seeing a large number of new folks heading to a local church and hearing about the truths of the gospel? He must hate that.

Finally, while ministering to those who are suffering through divorce or in the process of recovery from addictions. The Bible says that Satan is like a roaring lion looking for someone to devour. So if the church is in the business of helping those whose lives have been destroyed then this must certainly displease our enemy.

1 Peter 5:8 (NIV)
Be alert and of sober mind. Your enemy the devil prowls around like a roaring lion looking for someone to devour.