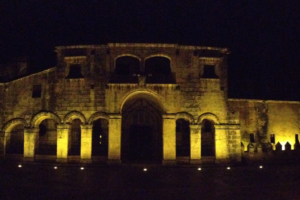 My in-laws just left town and I need to offer a disclaimer right up front. This in no way is a reflection of my relationship with them. I love Lee and Carol and I always look forward to their visits. I was sad when they left the other day. We all have that crazy cousin Eddy however, whose visit we dread for weeks and months in advance. Processing through the challenges that will face you in the wake of spiritual abuse is a lot like those pesky relatives you just want to get rid of.

Like the undeniable stages of grief, a similar challenge will confront you as you process your way through the spiritual abuse you’ve experienced. I’ve come to realize that there are 4 Difficult Relatives that will visit you, again and again, as you worm your way through the healing process. Here are those relatives that will show up at your door.

In the wake of my own crash and burn reality I must have said it a thousand times. I can’t believe this just happened. Lying awake at night the events would roll around in my throbbing head. I’d finally doze off in frustration and then wake up to the thought that  I was living a real life nightmare. It took months to come to grips with the reality of what had happened – about sixteen months before hopeful thoughts would return, though they were often fleeting. Even now it all seems like a bad dream. Denial is that one relative that will, at some point, actually leave and you’ll know when he’s gone.

This is the relative you will find is the hardest to control. You won’t be able to lock this one out because it so easily finds a way back in. An innocent comment from a friend, a bad night of sleep, various things will invite anger in. This one often shows up unexpectedly. One of my perpetrators drove a blue minivan and for years when I would see a similar minivan anger would appear.

Anger will make you want to do bad things. I wanted to smash headlights. I yelled bad things, some of them at God, and I planned a hundred crimes in retaliation. Ultimately, I knew none of these would bring real relief. My anger spilled over onto people I loved, and I hurt them because I was hurting. The first pastor I served under was a kind and gentle mentor and one of the things he taught me was that wounded dogs bite. He was talking about the people we served but I never realized the rule applied to me as well until later.

Anger can also be productive in the right doses and directed appropriately. Jesus got angry and directed it with laser focus at a serious problem in his Father’s house. He made his point. Granted we’re not Jesus but perhaps God has called you to address sin in the church. I had my own opportunity to speak truth into abuse. While choking back sobs, with tears streaming down my face, I read a passage of Scripture and delivered the words I believed God wanted me to say, “What you’re asking me to do is wrong and I can’t go along with your plan.” With that I put my future completely in God’s hands, walked out of that board room and never went back. Nearly twenty years later I have no evidence that any of what I said made an ounce of difference to the men listening. Anger might be an unwanted visitor but it can also fuel some needed change.

This was the visiting relative that stayed the longest. In the months following my own disaster, which came just one month after 9-11, I was mostly a walking Zombie. I couldn’t think, couldn’t eat, and even small talk became an arduous task. I lost 40 pounds that first year and I was nervous most of the time. Many nights I would arrive in bed realizing that I’d eaten only few forced bites of food that day.

Depression is a reality of trauma. I will avoid simple answers here as many people have deep struggles with depression and I’m no expert. For some depression might only be eased through medication and long term treatment. On the other hand situational related depression might be an opportunity for God to speak into your world as he did mine. The Psalms have much to say for those experiencing deep emotional wounds. There we learn that the Lord is close to the broken hearted and saves those who are crushed in spirit. (Psalm 34:18) If you are visited by depression know that God cares and sees and wants you to find healing.

There’s not a person alive who hasn’t tried to bargain their way out of a mess. It’s part of our nature. Sometimes we do it and we’re not even aware of it. In the wake of disaster I proposed numerous arrangements to God. I can’t think of any terms to date that God found agreeable so I guess he had different plans.

I consider myself fortunate to have been influenced by a Reformed perspective during my high school years. One of the things I came away with was a deep appreciation for the sovereignty of God. Strangely, this foundation was really helpful when I later I came upon spiritual abuse. If we believe that God allows difficult things to happen for some greater purpose it will help us with the temptation to squirm and bargain under pressure, even under the greatest of wrongs.

Remember Joseph, who was sold into slavery by his brothers? What greater wrong is there than that? When his brothers showed up in Egypt some twenty four years later he could’ve had them killed. I’m sure the thought crossed his mind. Instead he chose to speak great truths of God into the madness. “You intended to harm me, but God intended it for good.” (Gen. 50:20) It’s true what they say, trouble will make you bitter or it will make you better. The difference lies in how we process through the grief.

Do to others as you would like them to do to you. Luke 6:31 (NLT) I was perturbed. It was frustrating enough that the mechanic

The Shame of it