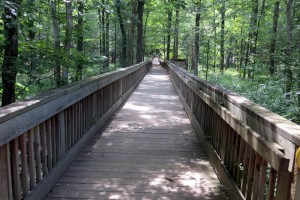 He gives strength to the weary and increases the power of the weak. Isaiah 40:29 (NIV)

A few years ago on a spring morning, I woke up and began my day as usual. As I made my way into the kitchen, however, it felt as if the ground began to move under me. I braced myself as I slammed into the wall. Thankfully I caught myself and sat down at the kitchen table, but overwhelming dizziness became my world. This was like nothing I had ever experienced, and I knew something was wrong.

My wife hurried the kids off to the school bus and helped me to the car. I stumbled into the passenger seat, still struggling with dizziness, disorientation, and major weakness in my arms and legs. My wife and I raced to the hospital in silence. The doctors took my symptoms very seriously. I was only 44 years old – what could be wrong with me?

I quickly underwent numerous tests and loud pulsing brain scans. And then came the words that would change my life: “Sir, you’ve had a stroke.”

Over the next few hours the symptoms minimized to almost nothing, and today I only experience occasional light dizziness as a result. As I look back on that experience, I’m thankful I was spared a much worse fate.

I learned something important that day. I found God’s strength is simply enough when you have none of your own. He is sufficient for all of our situations. In fact, it is when we are in our weakest moments that God’s strength seems to pour down.

While you may not be facing a debilitating illness such as a stroke, you may be “out of strength” in another way. Maybe you’re experiencing depression, exhaustion, or stressful situations with family members. Whatever the case, rest peacefully in the knowledge that God’s strength is made perfect when we’re at our weakest.

But those who hope in the Lord will renew their strength. They will soar on wings like eagles; they will run and not grow weary, they will walk and not be faint. Isaiah 40:31 (NIV)