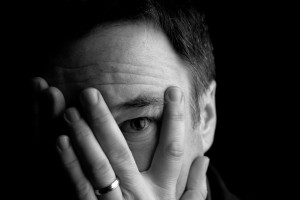 As I’ve studied abuse patterns I’ve noted common patterns among abusers as they respond to allegations of abuse. These patterns have been observed and written about extensively. This abuse response pattern is evidenced in all types of abuse such as; emotional, spousal, spiritual, physical, sexual, and organizational abuse. A great way to remember and identify these patterns is an an acronym called D.A.R.V.O. which stands for; Deny, Attack, and Reverse Victim and Offender. Let me explain.

When faced with accusations of abuse, abusers will often begin their process of defense by first denying that the abuse took place. Denial can take on various forms. Sometimes this response can be so subtle it’s difficult to identify it’s even taking place. Sometimes it takes the form of fact-framing where the abuser tries to define the situation in false terms. An abuser might say, “I was only trying to help.” Other times the abuse might be flat out denied. We’ve all seen news stories of missing persons where it has later been discovered that the person who committed the murder was part of the search party all along.

This is pretty straight forward. Often abusers are good at hiding their aggression toward their victims. Ultimately, an abuser who feels their abuse and manipulation may be discovered, turns to more blatant forms of defense like attacking the victim. These attacks may come as subtle suggestions or comments about the victim’s character or actions. I once heard about a sexual abuse case where many people who were interviewed about an alleged victim repeated the same line that the victim was a lier. Eventually it was uncovered that this characterization actually came from the perpetrator who made that subtle suggestion. Unfortunately the damaging lie was repeated broadly and it wasn’t until years later that the truth was uncovered and an arrest was made.

In this diabolical tactic the perpetrator paints the picture that he or she is actually the victim and the victim is the perpetrator. Like other tactics this manipulation of truth can be quite subtle. Statements like, “Well, there were mistakes made on both sides,” can actually be tools to sway guilt away from the perpetrator. Often an abuser will point to the responses or reactions to their abuse as evidence that the victim is lashing out against them. I’ve heard abusers even point to the pain of their victims as evidence they themselves are being attacked. An abuser might say of their victim, “I know they’re in pain so it’s not surprising they would lash out at me.” Abusers are often known to paint the picture that the victim is acting in spite as a way to characterize themselves as the real victim. As in many of these manipulations, the truth usually becomes known as the lies and deceit of the abuser pile up.